The Galactic Center and Your Astrological Chart 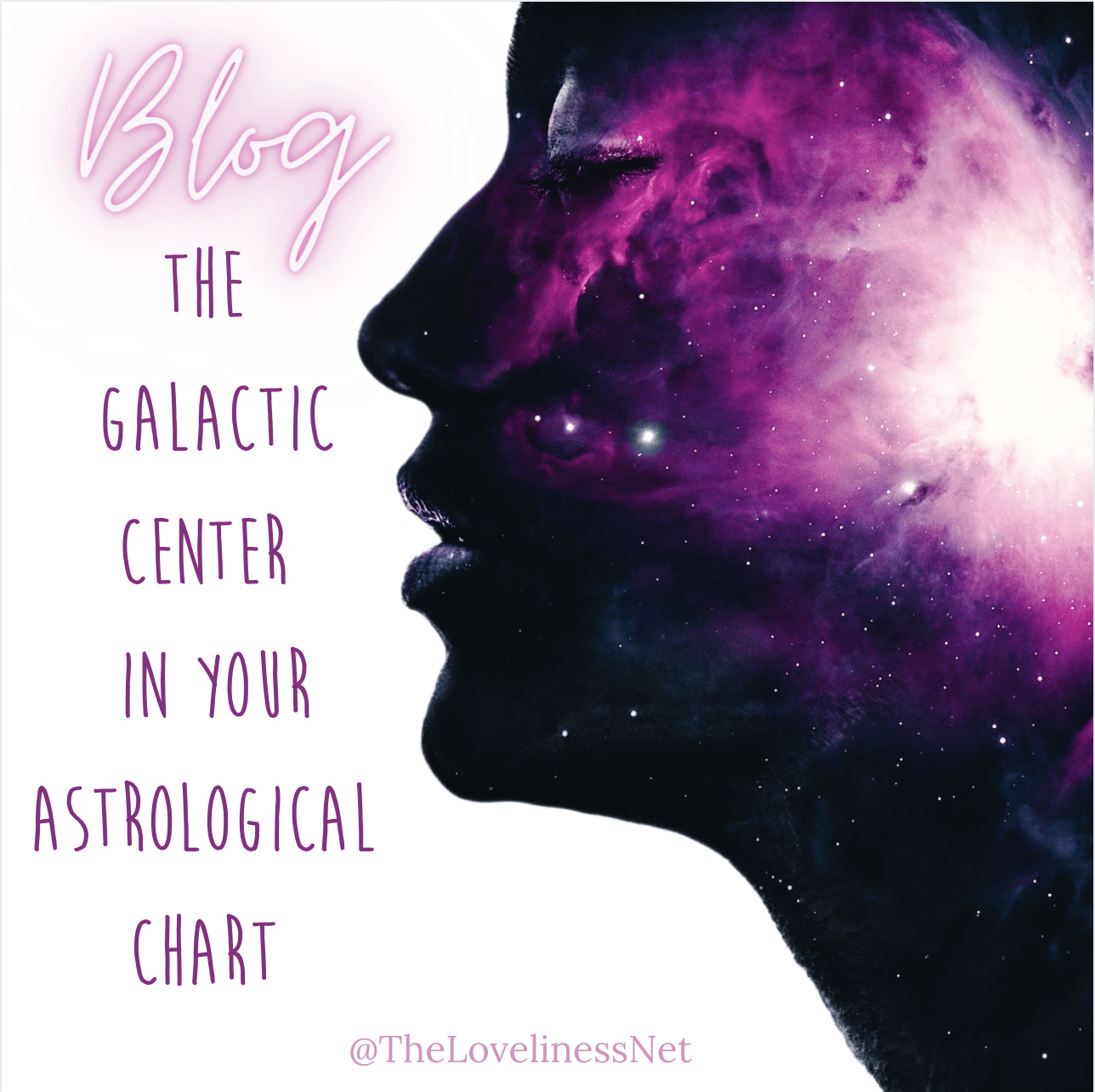 What is the Galactic Center in your astrological chart?

I have been fascinated by the Galactic Center. I learned that it was the center of our galaxy, and that those with aspects to it in their natal charts have a powerful ability to bring in Universal wisdom.  I searched the internet for some specific information so that I could apply it in my own and others natal charts, but found very little on the topic. So, I turned to an expert!

I asked Allice Haidden, an astrologer who has been practicing for 43 years. The following is my interview with her on this fascinating topic.

Nicole: What can you tell us about what the Galactic Center, as you have come to understand it? 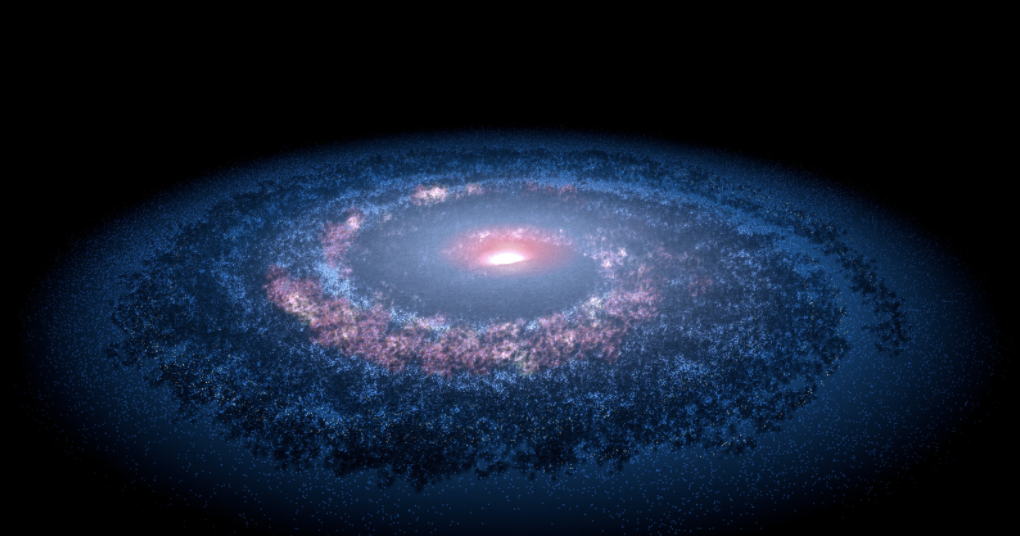 Nicole: Is this a moving point or a fixed spot in the galaxy?

Allice: It is a fixed point and everything is in relation to it.  It is between 26-28 degrees of Sagittarius.

Nicole: What does this point mean when a person has it aspected in their natal chart?

Allice: People who have planets there have direct access to the GC. They are inspired quickly, easily and effectively in whatever field they are in, with whatever is important at the time. There aren’t intermediaries there. Imagine that the teachers of the Galaxy have their headquarters at that point.  We are all connected to the Galactic Center, and those with 27 degrees of Sagittarius in their charts are especially open pathways through which inspiration, wisdom, and guidance flow very very readily.

Nicole: Could this be in any field where these teachers have great access to this wisdom?

Allice: Yes, because Sagittarius is the most expansive of the signs. So, naturally it includes everything! 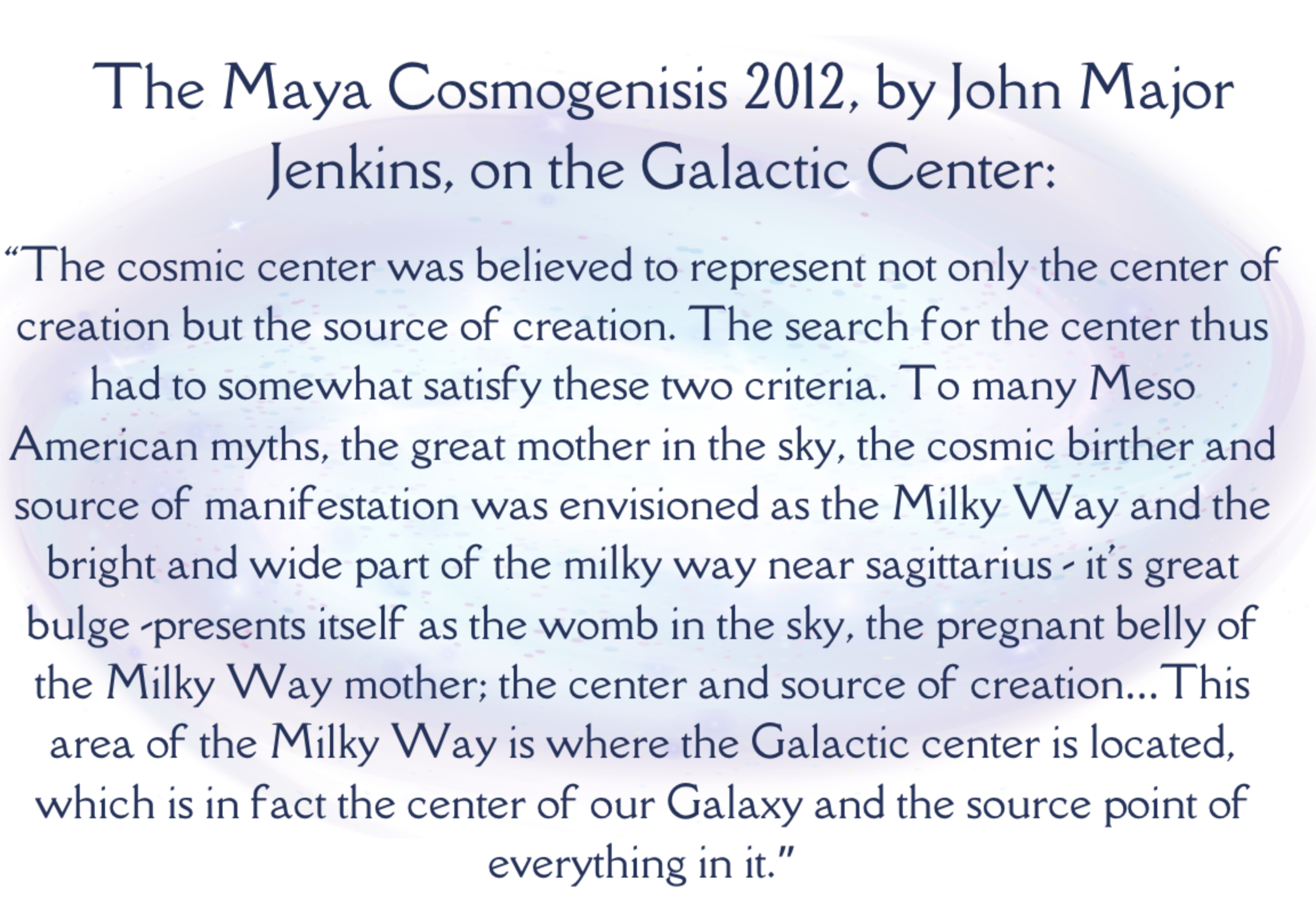 Nicole: What are the indicators in a natal chart that tell you that you are one of these teachers?

Allice: Any planet or the ascendant which sits in that 26-28 degrees of Sagittarius in the astrological natal chart. If you have a planet there, it is naturally supercharged in you. Learning how to handle that with the understanding that what’s coming through you is greater than you is a challenge to the ego. The ego needs to both be humble and be willing to work with that energy in the highest way possible. It’s supercharged, so the ego might feel intimidated by it. “I don’t want to stand out like that. I don’t want to have to step up to - something.”

Nicole: The potential that’s there can be intimidating to the ego. You said “humble” too. Have you seen people who have some arrogance when they have a planet at the GC?

Allice: Yes, because one of the challenges for Sagittarius is that it thinks it’s completely right all the time. This is one of the downsides of Sagittarius. It can function in a way of looking down on everybody, or that it has the only truth.  So, humility is when one says, “this is what is coming through me”, rather than saying, “I’m right and you all must listen to me.”

Nicole: So, you have seen both reactions in people with a planet conjunct the GC?

Allice: Most people that I talk to who have this energy are just trying to grapple with it. So, what I am doing is trying to help them have a sense of what it is and how large it is. People who are not ready to understand and utilize that energy usually wouldn’t be having their chart read anyway. 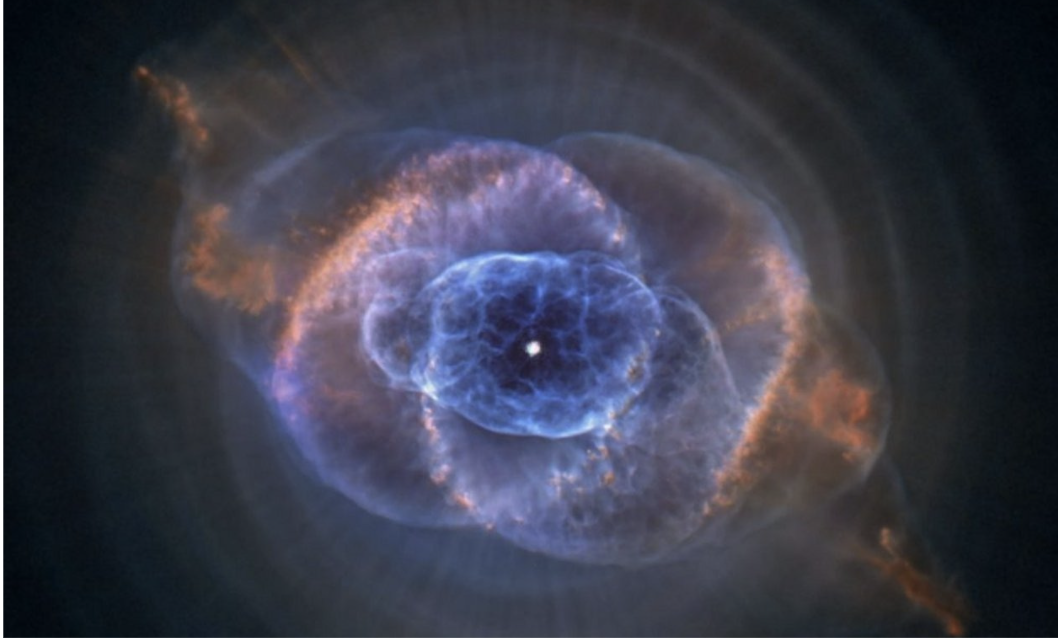 Nicole: Is it only the conjunction (near exact degree) that supercharges a planet? Do other types of astrological aspects, like trines or squares have a similar effect?

Allice: Mostly I am aware of the effect of the opposition, which is at the end of Gemini. I think of the opposition as a big catcher's mitt that is trying to catch the information coming from the Galactic Center and  translate it into language that Earth people understand.

Nicole: For those of us who want to look at our natal charts to see if we have a planet or the Ascendent connected with the Galactic Center where do we look exactly?

Nicole: Can you give us a little taste of what each placement will look like in an individual who has their Ascendant or another planet in conjunction or opposition to the Galactic Center?

See below for a description of how you could be "Supercharged" if you have one of these placements:

Ascendant and the Galactic Center

You are radiant and tend to attract followers without even trying. People are attracted to them in order to receive the expanded perspective that is constantly flowing through them.

Sun and the Galactic Center

People with the Sun at the Galactic Center usually don’t need to be heavily trained for what they are meant to do.  They just gravitate to numerous roles over the course of their lives. They are remarkable teachers, always taking the long view and sharing it.

Moon and the Galactic Center

The way that these people present to others, what they say and express, is filled with emotional enthusiasm. A challenge here would be that you might get carried away with yourself and not have  judicious emotional responses.

Mercury and the Galactic Center

Knowledge is this person’s life…they can never have enough of it and they share it profusely.

Venus and the Galactic Center

Not one to settle down easily, there is usually a larger love that motivates all personal relationships.

Mars and the Galactic Center

Go farther, do more, experience as much as possible, know no bounds.

Jupiter and the Galactic Center

These individuals are constantly being inspired by the templates of consciousness that formed this galaxy, and their greatest delight is to bring in vital information for humanity.

Saturn and the Galactic Center

They are interested in creating structures, whether societal or political. Their challenge is to keep their focus wide.

Uranus and the Galactic Center

They are always over the edge, seeing things from a bigger perspective. They act in unexpected ways, and push for what people aren’t ready for yet, but they put a lot of information into the collective consciousness to be used later.

Neptune and the Galactic Center

These people are role models for others.  They heal through teaching by example what is possible within any context they find themselves.

Pluto and the Galactic Center

Born committed to the idea that the truth will set you free. Pluto moves very slowly. Those who have this are very young right now.

Allice is a treasure-trove of information. I cannot recommend her highly enough for natal chart readings, synastry, and solar returns. Check out her website, www.allicethaidden.com  and reach out to her for a reading.