DISCOMBOBULATION...in a Sea of togetherness

One of the most fascinating and ultimately comforting things about being a therapist is the ongoing “proof” I get that we are all truly connected.

I witness this sea of togetherness in THEMES.

Most of the time, it becomes obvious that there is a theme of the week - an issue that many of my clients and even I am dealing with AT THE SAME TIME.

The theme this week is DISCOMBOBULATION

{Fun word - but not a fun state of being}

and, How did it “show up” this week in the therapy room?

It showed up by way of an “untangling” of old patterns of behavior and the resultant feeling my clients had in response - feeling different, odd, uncomfortable...not how they are used to feeling.

Come into my office with me and let me show you what it looked like...

Andrea had spent the previous 20 years being hyper-vigilant to the needs of her daughter who is has a disability. Her daughter was vulnerable and could (and did) get hurt socially and emotionally throughout her growing years. Andrea became well trained and ingrained to prevent as much of her daughter’s suffering as possible, and to brace herself for the inevitable crashes. But recently her daughter, an adult who is still prone to the same bumps and bruises, is flexing her independence. She has insisted on handling her life herself...

And Andrea has been left with a wide berth of uncomfortable “space” around her. It’s a space that is an empty vessel for something altogether different. It’s uncomfortable. It’s unfamiliar. It’s also ripe with possibility. But Andrea just feels DISCOMBOBULATED.

She needs to give herself time so she can adjust to the new space...and try to keep it open for something surprising and wonderful to fill it.

Marie has also lived the past 20 years with a difficult pattern of being. She hasn’t been able to become the independent woman she wants to be, develop a purposeful career, or even be clear about what that career could be!

Low self-esteem, self-distraction and numbing have filled many of her days...

Marie really wanted to change her life. So, she sought to work with many alternative healing practitioners. A breakthrough recently started to occur after receiving some energy-work sessions. Her behavior of self-sabotage and seeking to numb herself were starting to slow down. Her pattern of feeling stuck was just beginning to unwind. But she felt... DISCOMBOBULATED!

Most of us believe that as we heal and grow that we will immediately feel so much better. But honestly, feeling in any way different than we had over the previous many years, will most assuredly feel uncomfortable, initially.

Marie could tell something was changing. There was a little more ”space” around her. She wasn’t sure what the future would look like. It was too soon to predict. But something felt different. She hesitantly said she felt a little hope, even.

Could she give herself the space to accept the empty feeling for now so that the “new” could enter? Could she coach herself that this feeling of discombobulation was a positive sign that she was growing and something new and exciting might soon fill this new space she was holding?

Even I was experiencing DISCOMBOBULATION in tandem with my clients this week.

My dad is having memory problems. There was alarm in the air because little emergencies were cropping up around him, because of him. I descended on the scene to try to sort things out and get finances in order and supports in place. It was overwhelming - a whole new layer of things to have in mind and tend to. I felt...well, discombobulated!

I needed to take my own advice and allow myself the space and time to adjust to the new; to release my need to know what it all would become. I need to take each next step in line, because the future can’t be predicted with any certainty. Rushing forward to solidify what cannot be so only leads to more self-pressure, more overwhelm and less clarity of mind.

More importantly, if we predetermine an outcome in our minds, we limit the magic that might otherwise enter our lives. 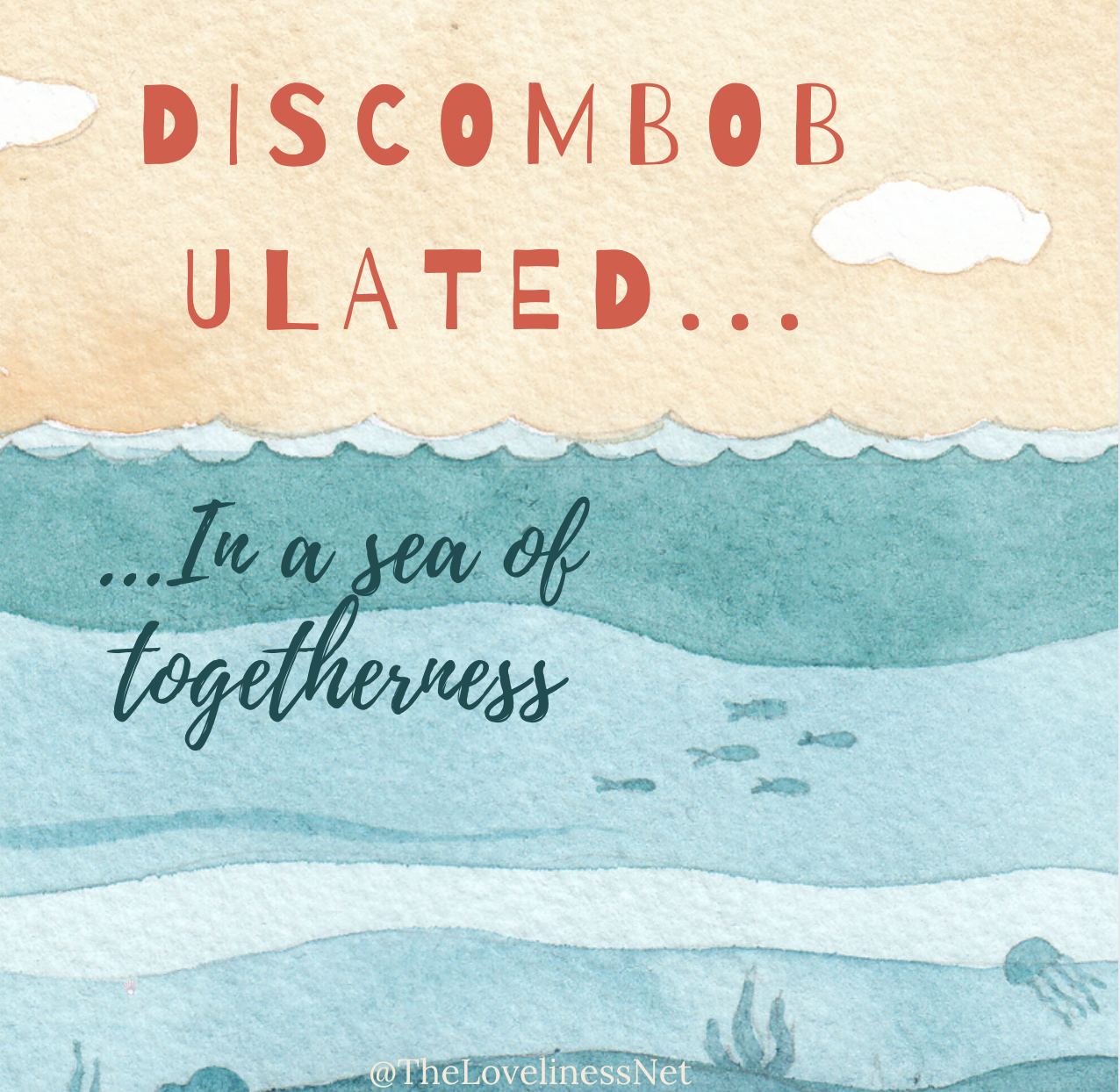 Though these discombobulated experiences are hard for all of us to experience, I find it really comforting to recognize that we are all part of a greater force of energy. We are not alone in the things we struggle with... AND that being DISCOMBOBULATED is part of a change, an evolution we are going through while we make space to allow for something exciting and new!

Nicole MacDonald is the Co-Founder of The Loveliness.
She is a licensed therapist and herbalist, and enthusiast of all things Spiritual.
*All personal stories are shared with clients' permission and all names have been changed to uphold confidentiality.
Sign up for the Ladybug News for more inspiring blogs and to get sunshine in your inbox! 🐞🌞🐞
Or follow us on social media:

Thanks, Nicole.  I really needed to hear this message today!